Finally! After weeks of waiting and rescheduling and poor timing, my sword tattoo is done! The tattoo artist’s name is Amanda Jiminez at Battleship Tattoo (to give credit where credit’s due) and here’s the outcome: 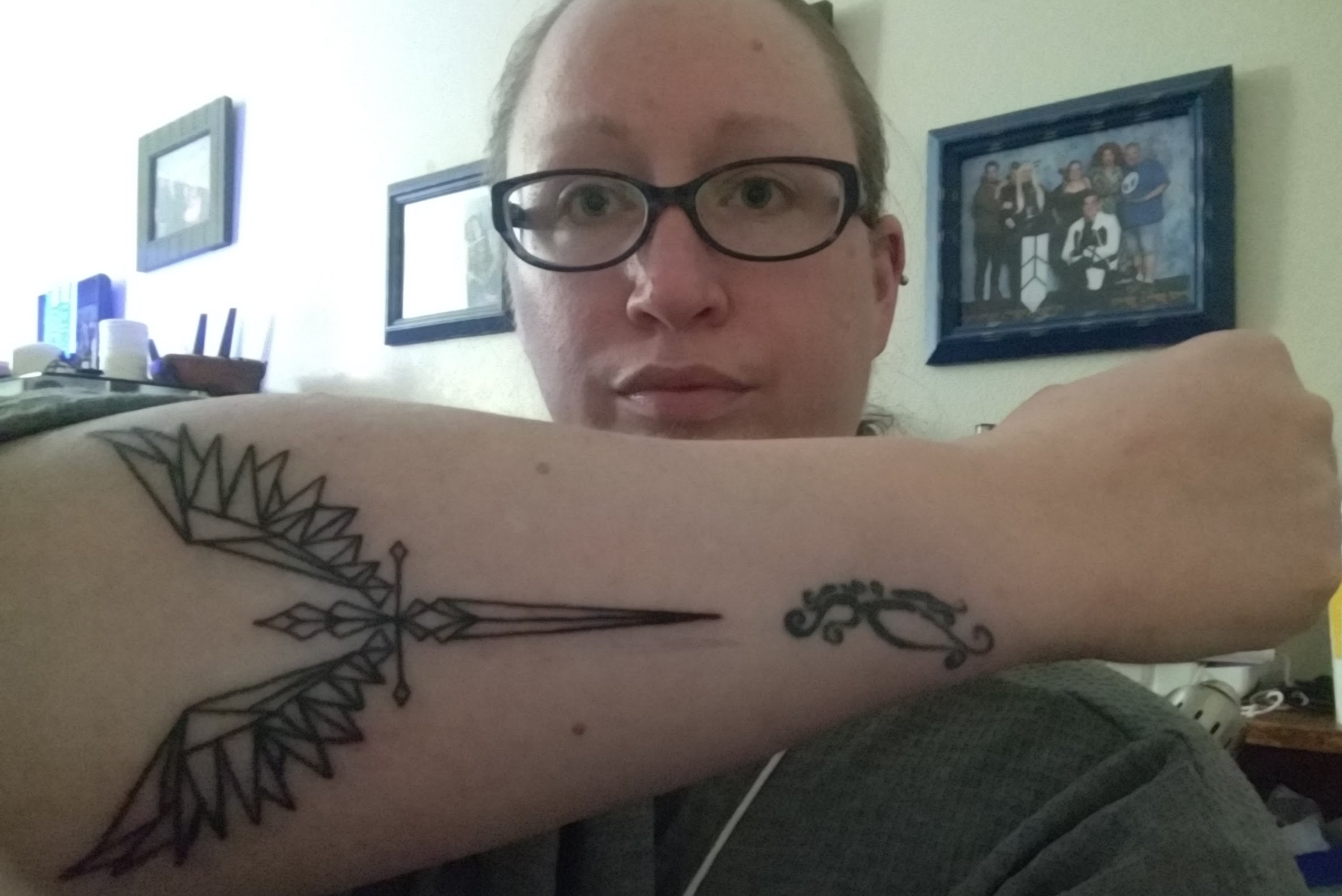 I’m ecstatic! I love it and can’t wait to show it off at Estrella War next week.
This has taken a majority of my mind off of the continuing drama, but I know it’s just a proverbial band-aid on a bullet wound. If that’s a proverb….if not, it should be. Can we coin that phrase? Let’s coin that.
I still have a few things to make/stitch, but the majority of it is done. A tunic to finish (though most of it is cut out and much of it is sewn) and some trim to stitch onto another tunic…that’s about it that I can think of right now. Oh, and some little piddly stuff to do, but that stuff is minor and less time-consuming than the above-mentioned stuff. These things also can help take my mind off of the drama things, though only temporarily, and mostly only when I have to get out the seam ripper. Gods, I hate seam ripping.
Book 1 is still in the editor’s hands, but I’m waiting patiently because I know she’s been quite sick recently. I totally understand that and have no ill feelings on it (ha! pun!). I’d like to get back to writing, but….maybe after Estrella. Right now, my time is pulled in other directions.
Two more work days until we leave for war.
Let the games begin.